KUALA LUMPUR: The government spent near to  RM300 million just for implementation of the Goods and Services Tax (GST) started on April 1, 2015.

This amount covered training grants, GST-compliant accounting software for small and medium scale enterprises (SME)s, as well as development of the MyGST system. 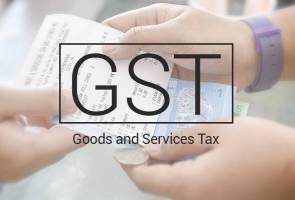 In the Dewan Rakyat today, the Finance Ministry said among the RM300 million, RM98 million was used on development of the MyGST computerisation system, developed by the Royal Malaysian Customs Department (Customs).

On the other hand, another RM94 million went towards subsidy for the purchase of GST-compliant accounting software managed by SME Corporation Malaysia.

The government also spent RM52.8 million for training grants which including seminars/briefings, handholding programmes and grants for training to associations/non-government bodies.

In addition, RM38 million was used on publicity programmes in different media channels, as well as GST awareness campaigns.

“The government through Customs and in collaboration with non-government bodies, as well as business organisations, implemented the training and awareness programmes.

“It was to help businesses gain a deeper understanding of the GST to achieve more effective compliance and implementation,” it added, in response to a question from Tan Sri Abdul Khalid Ibrahim (Independent-Bandar Tun Razak).

Abdul Khalid had asked for details of the GST implementation and a detail breakdown of the operations costs.

The Finance Ministry said as of last Dec 31, 6,547 training and awareness programmes on the GST had been implemented nationwide and involved about 600,000 participants.